Hard Seltzers have changed drinking culture in the US. But will they have the same impact in the UK and beyond?

Hard Seltzers have achieved the seemingly unthinkable in the US market, firmly establishing themselves in a very short time as not only a consumer and industry mainstay, but a lifestyle choice.

First launched in 2012, but only gaining profound momentum from 2017 onwards, this new category is predicted to further triple in volume in the US by 2023 according to the IWSR, reaching over 281m cases. The alcoholic, flavoured water has already achieved volumes of about 82.5m nine-liter cases; a staggering figure, which for context is larger by volume than the leading spirits category in the US, vodka.

But to what does it owe its success? Emerging – by design – amidst a fall in beer volumes, and at a time of growing consumer awareness of drinks calories, the fledgling category has outlasted other contenders such as radlers, finding a life beyond being simply a summer refresher by tapping into a number of megatrends and consumer moods.

Invariably sitting at around 100 calories, and 5% alcohol – a figure it should be noted is as strong as most mainstream beers – they seem to offer consumers that rarest of things; a convenient treat that doesn’t feel like a compromise. Sparkling, canned, low calorie, low or no sugar, oftentimes vegan and gluten-free, hard seltzers so neatly combine and meet the demands of so many key wellness trends.

Portable, they are suitable for outdoor or on-the-go consumption; something that would become unknowingly key in 2020. And lighter in everything except alcohol, they are an accessible and better-for-you alternative to a myriad of other categories such as beer, but also sparkling wines, not to mention spirit and mixer combos such as vodka and soda.

And that’s exactly what the big beer brands behind them intended. Faced with declining sales amidst a growing consumer fixation on wellness and moderation, drinks giants and big brewers have launched or acquired existing seltzer brands with haste. SpikedSeltzer which arguably started the trend with its 2012 launch, was purchased by AB InBev in 2012. It also now owns or has launched Bud Light Seltzer (an alternative for beer lovers, under a familiar brand), Natural Light Seltzer (a value-led LDA entry point) and Bon V!v (the rebranded SpikedSeltzer, aimed at millennial women).

But, with profound growth still predicted in their home market, brand owners have begun to look overseas to see if their success can be replicated. And that’s the big question, can it?

With the UK one of the world’s major drinks markets, it makes sense that producers would look to it as a good test market for future global expansion. June and July in fact, has so far seen an onslaught of established brands looking to claim an early lead in the category, however they are notably joined by a number of new, or home grown names. Big brewers and international drinks producers have been joined by British craft brewers, British craft distillers, and new independent brands.

AB InBev has licensed the Mike’s name to launch Mike’s Hard Seltzer in the UK, Diageo has launched a two-flavour strong Smirnoff line, and of course, White Claw is making a play too, with three flavours – black cherry, natural lime, and raspberry.

But British consumers, and British drinking culture is profoundly different than that of the US, presenting hard seltzers with both challenges and opportunities. And in an indication of the nuance the British market demands, there has been considerable buzz around the launch of craft brands. Accelerating its NPD due to the challenges of Covid-19, in June Scottish ‘punk’ brewer, BrewDog announced its own seltzer brand, Clean & Press. And touting itself as a world first, craft distiller Chase put a British spin on an American trend, with its gin-based range of seltzers.

Buzz there may be, but earlier attempts to capture the attention of British consumers have hitherto failed. Firstly, UK consumers are not familiar with the terms ‘hard’ or ‘seltzer’ when it comes to drinks. When AB InBev first launched Mike’s into the UK in October 2019, it did so under the name Mike’s Hard Sparkling Water. Swedish cider – and now spirits brand – Kopparberg has also grappled with what to call itself, and how to present itself for that matter.

Way ahead of the competition, it launched the Balans Aqua Spritz brand in January 2019, in a minimalist white can, similar to the majority of US brands, and marketing images of spritely young things, enjoying healthy, relaxed moments. In the US, much brand imagery across the category has focused on outdoor consumption by fit, young things enjoying on-the-go activities, everywhere from the beach to the campsite.  It didn’t work. In May 2020 it retired the brand, launching instead Kopparberg Hard Seltzer – and in a clear play to move its existing consumer group with it through its innovation – in the signature branding of its cider.

Nuance in a changing world

But in a twist of fate, perhaps 2020 with its profound and sudden change in consumer lifestyles, is the right time for the category to finally make an impact in the UK. Younger consumers, who are much more wellness focused, have been reducing their alcohol intake for years. Now, other consumers sedentary at home, are also questioning their calorie and alcohol intake, though do not wish to abstain completely.

Canned convenience is also important, tapping both into a growing desire to be environmentally friendly, but also 2020’s new modes of socialising. From picnics, to hikes and trips to the beach, canned formats offer ease.

Brands are also being shrewd to tap into other consumer UK trends to capture attention. New brand Served for example, uses misshapen fruit that would otherwise be thrown away. While sophisticated flavour combinations are emerging as important to the UK market, from BrewDog’s Cactus and Lime, to Bodega Bay’s Elderflower, Lemon and Mint. But even in the US market, the category is evolving to encompass nuance. In May, AB InBev launched the cocktail-inspired Social Club Seltzer for example.

That bespoke market-by-market approach – aligning with existing drinks cultures – appears as though it may be the key to longevity for the category, and its global expansion. Just this week Coca-Cola announced it is to launch a hard seltzer into Latin America under its water brand Topo Chica, with a culturally in-keeping flavor, Tangy Lemon Lime.

With drinking culture currently shifting profoundly around the world, hard seltzers look to be incredibly well-placed to seize a moment in time where consumers are actively searching for lighter, more convenient options. What they have yet to prove, is their staying power.

Another new year beckons. And while 2021 seemed to offer so glimmers of light in the ongoing global battle against Covid-19, the 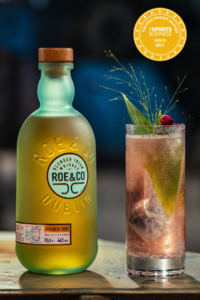 World whiskies are rewriting the rules of this storied spirit

World whiskies are rewriting the rules of this storied spirit Whisky may be one of the fastest growing spirits categories, but with

Summer 2021 is here, and with it, a collective wave of gratitude, optimism, deep frustration, and an exceptionally large dollop of wanderlust,